Disclaimer: This post is written with the intended audience of Christians, which is my typical group of blog readers. Also, I RARELY write posts of this nature, but sometimes the moment just calls for it :)

The other day, I was reading a very popular website and came across something that made me incredibly uncomfortable. I had really admired the writing of this particular person in the past and was familiar with this writer’s style. But then I came across a post I had not seen before that “gifted” me with a sinking feeling in my stomach.

The statement made by the writer was one of endorsement of a viewpoint that is in opposition to Scripture, and yet the writer went on to claim that after studying the Bible, she had decided that this particular thing was not wrong.

Going on and on with Bible verses that had been taken out of context or bits and pieces of verses which she used to respond to those that disagreed with her, the writer wove a seemingly convincing argument that took any dissenters to task. They were the typical statements used to justify viewpoints that are contradicting the Word of God, but bothered me nonetheless, mostly out of fear for people who were reading the article and were still maybe growing in discernment and not seeing the inaccuracies in her statements. 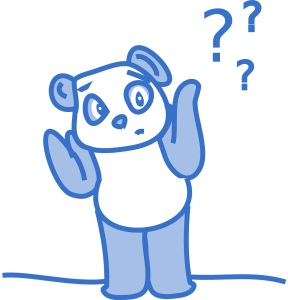 What made me stop though, and really think this through, as I felt my eyes widen at what was being said, was that although many people might have thought that her claims were valid, there were two things very wrong with what she wrote:

1. That she was the authority on what the Bible is really saying and

2. That because so many people wanted her input and agreed with what she said, that this meant she was right.

Slowly, I calmed down. Even though I was still saddened over what I had read, and sadder still that so many view this person as a strong influence in their lives even though she is not speaking rightly, I realized that addressing the writer’s wrong statements really comes down to one particular truth:

It doesn’t matter what I think the Bible says. 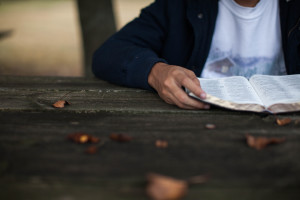 See, if the Bible is infallible (which the writer claims it is, which makes her viewpoint even more confusing), and if it’s inerrant (meaning consistent and without falsehood), then it is what it says it is, and what we think about what it says doesn’t make a bit of difference.

Here’s what I’ve recognized about myself and about human nature, generally speaking: If I cling to my own authority in deciding what is right and wrong, and if I come to the Bible with an inflated sense of self, I probably won’t read it in the right spirit. Or come to the right conclusion about any matter I’m trying to find out the truth about. Verses of the Bible, when read in context, although I may apply it to my life in many different ways, always mean one thing.

But when we start dissecting the Bible, separating it into parts and then discarding the things we don’t agree with, we find ourselves in a difficult position. Because then, we cannot claim that there is such thing as truth according to the Word of God or really any absolute, there is only truth according to what we see it to be, which can dramatically change depending on how we feel.

The human condition is this: Instead of letting Scripture define our thinking, we bring our own opinions to the table and allow them to define our view of Scripture. And in so doing, truth becomes relative. 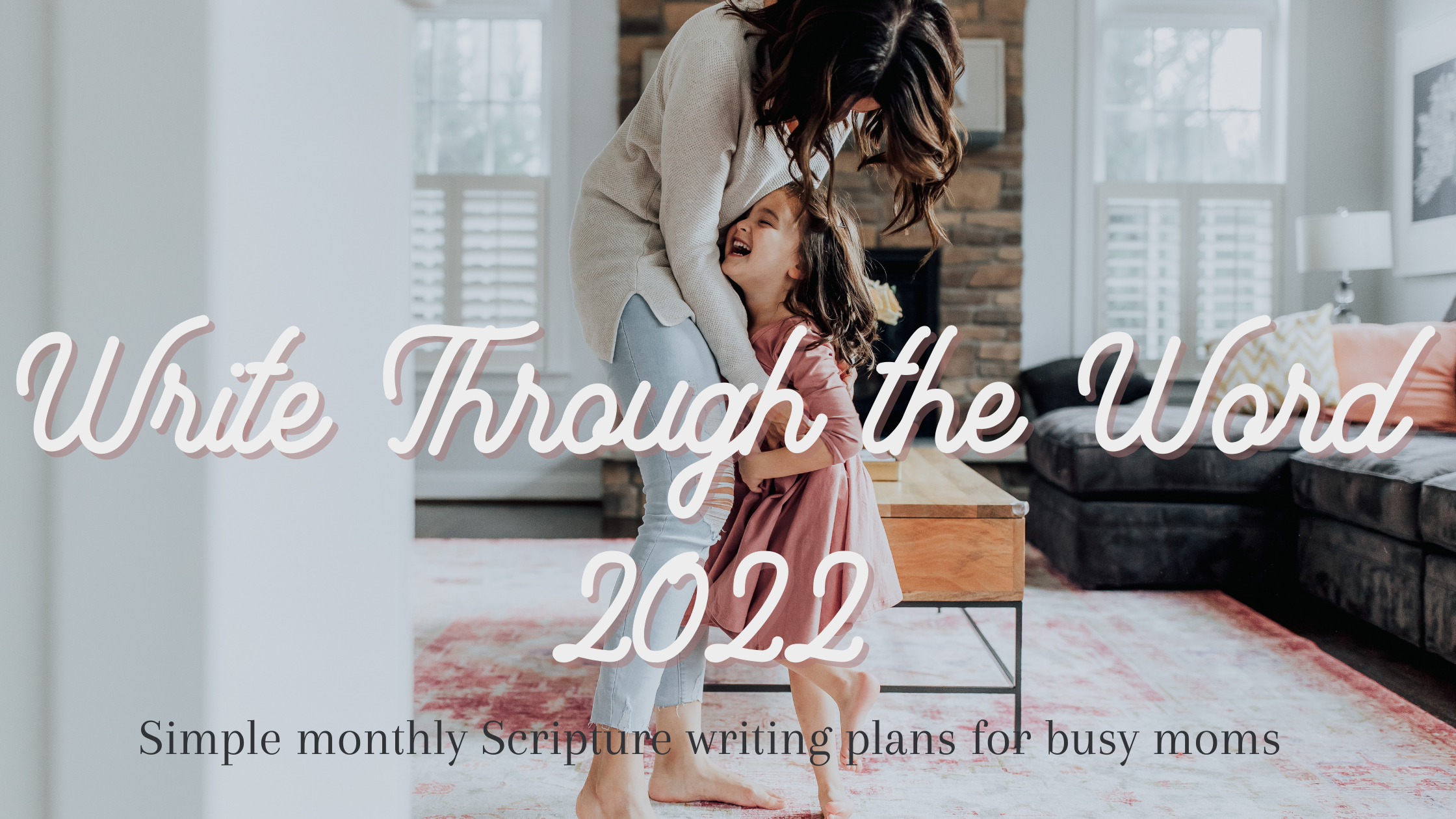 It’s a vicious cycle, and one that can only be remedied by understanding not only that the Word of God is living and sharper than any two-edged sword but that it is also relevant and true. Jesus Christ is the same yesterday, today and forever, it tells us in the book of Hebrews. The things He said and the things the Scripture writers said under inspiration of the Holy Spirit are God-breathed and useful in their entirety (2 Timothy 3:16-17), for the times they were written in and also for today.

But maybe that’s part of the problem. The sword that is the Word of God, that is. We don’t like hearing some of what’s in the Bible. (Or at least I certainly don’t.) It convicts us. It bothers us. Though we may try to justify our way around things, it tells us that what we’ve decided is true according to our own wisdom is often incorrect.

“….piercing to the division of soul and of spirit, of joints and of marrow, and discerning the thoughts and intentions of the heart.” Hebrews 4:12b

And yet, that is one of the Bible’s purposes. To show us where we are wrong, to pierce us and discern who we really are, where our opinions wind down the wide road and do little more than confuse and distort the truth.

But even in this, in our inflated sense of self-importance, there is hope. The hope is there that the writer of the article I perused, as she continues to read God’s Word, will somehow be struck by the truth. The truth according to the Scriptures, and not to her own sense of right and wrong or how sought-after her opinion is at the moment.

Lest we think we somehow have a leg up on everyone else, the hope is there for us as well. Too often, we suffer from the sin of self-importance. Thinking that we have something new that the world needs to hear about God, that we’ve figured out something that’s been hidden, shown a “new” truth that unravels thousands of years of church history and Scriptural authority. Or believing that our opinion really should be shared with everyone because “it’s true, darn it!”, many times in the harshest tone possible. Or that secretly, though we pretend to be humble, we want everyone to pat us on the back and tell us we’ve changed their minds.

Maybe I’m doing that right now, inadvertently. Writing for some sort of desire for recognition. Many times our intentions are pure, but sometimes the execution is what’s flawed. (And honestly, you shouldn’t believe anything I say either about God unless it matches up with the Bible itself.) But I’m getting off topic here. The point is, I recognize this tendency in myself too. 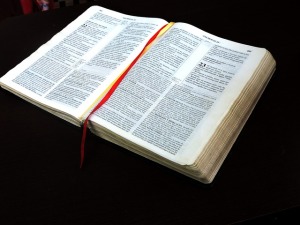 Yet something is true for anyone when we finally realize that we aren’t as smart as we think we are: the unchanging Word not only convicts but comforts as well. Brings us hope that in our failings and haughty spirit, we can be renewed of mind. That anyone can experience this wisdom and the truth that comes only from God. Solely from Him, not swayed or changed by what we may think He is saying. Solely on His authority, which exists not to stamp down and stifle, but to change and mold and give peace.

When we are struggling with what God says about one matter or another, we can come humbly to God’s Word, shutting out any outside influences and letting the Spirit speak to us through the Bible. We can have confidence that God can reach out with His eternal words and humble anyone with the truth that is still out there, waiting, steadfast and insisting upon itself.

The truth that continues to set us free.

Just as I am – though toss’d about
With many a conflict, many a doubt,
Fightings and fears within, without,
-O Lamb of God, I come!

Just as I am – Thou wilt receive,
Wilt welcome, pardon, cleanse, relieve;
Because Thy promise I believe,
-O Lamb of God, I come!

4 Comments on Actually, It Doesn’t Matter What I Think the Bible Says